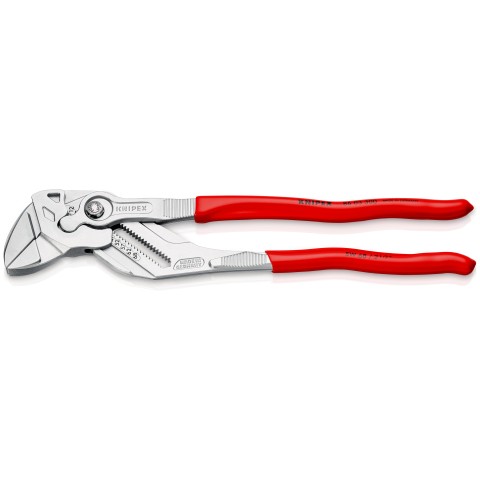 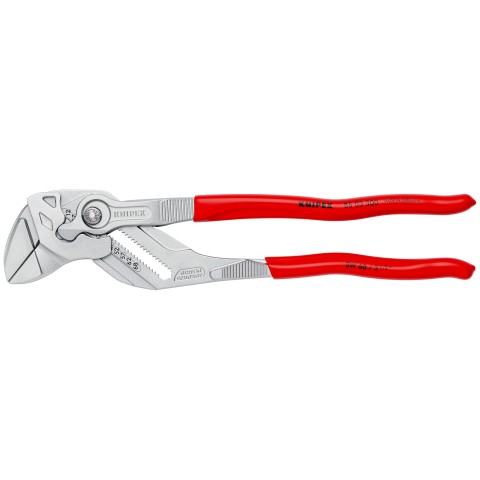 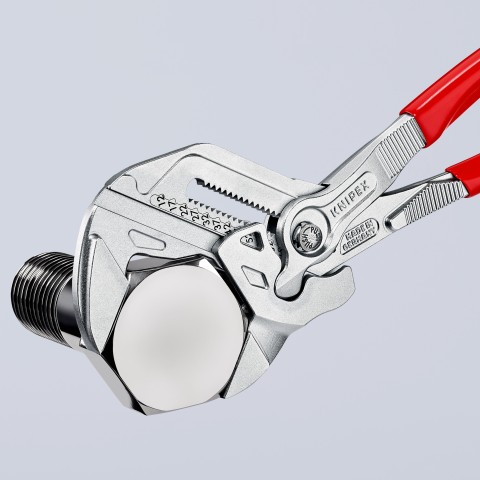 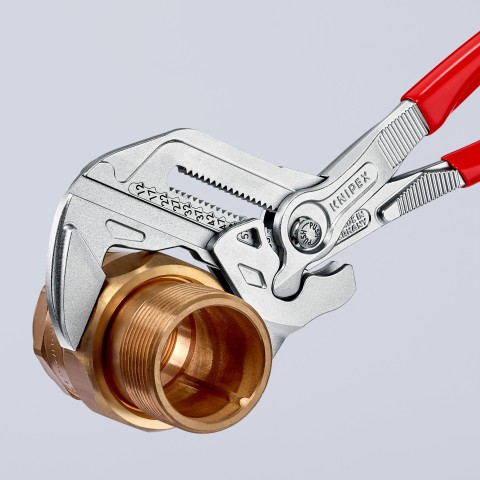 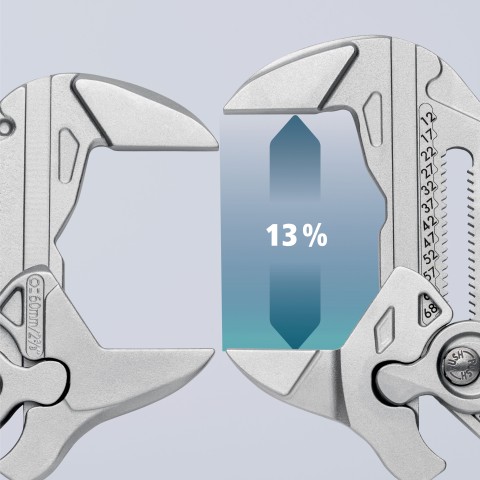 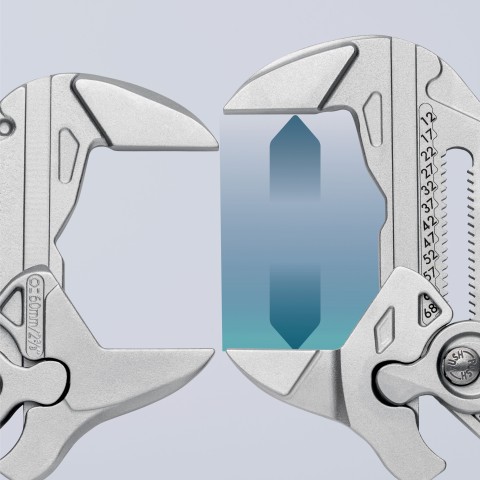 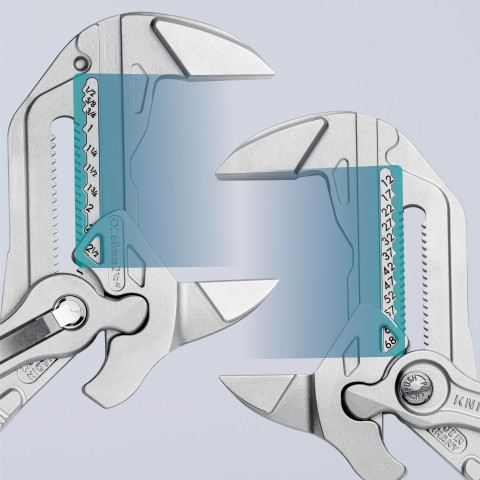 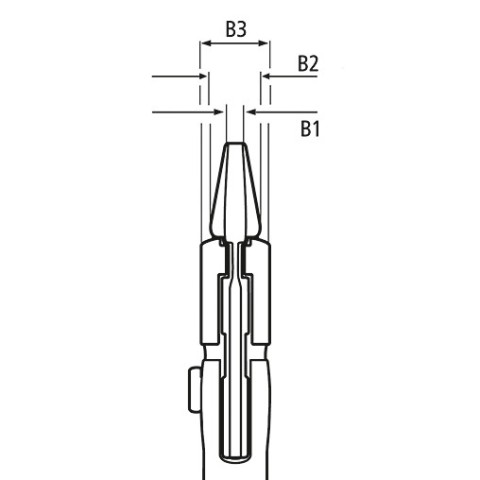 The laser-cut scales (metric and imperial) enable pre-adjustment of the width across flats.

Replaces an entire set of wrenches, both metric and imperial

The continuously adjustable gripping jaws are parallel in every position: They grip the surface without play. This prevents damage to the edges, which is particularly important when working on parts with sensitive surfaces such as chrome, brass or plastic.

The new versions of the proven pliers wrench can be recognised by the laser-cut scales for pre-adjusting the handle widths: metric millimetre specifications (shown in illustration) on the front of the pliers, and inches on the back.

Quick adjustment at the touch of a button

The gripping capacity is easy and safe to adjust thanks to the spring-loaded push button: easy to use, no unintentional shifting and extremely time-saving.

Fast adjustment at the touch of a button

Replaces a whole set of spanners: can be adjusted at the touch of a button directly on the component (up to 60 mm).