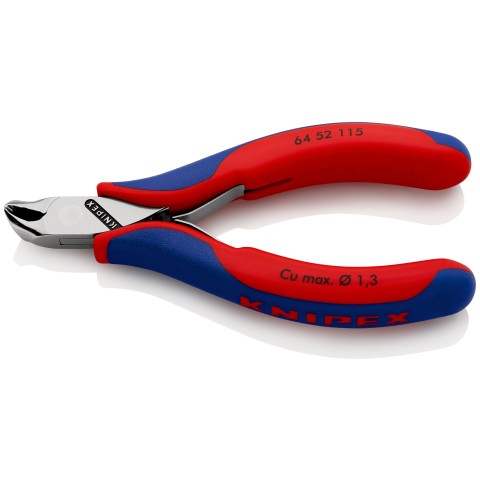 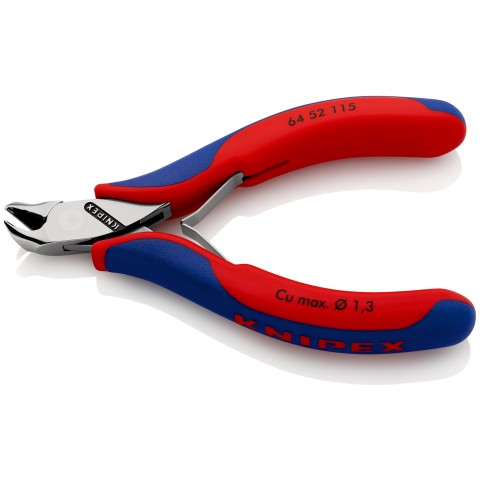 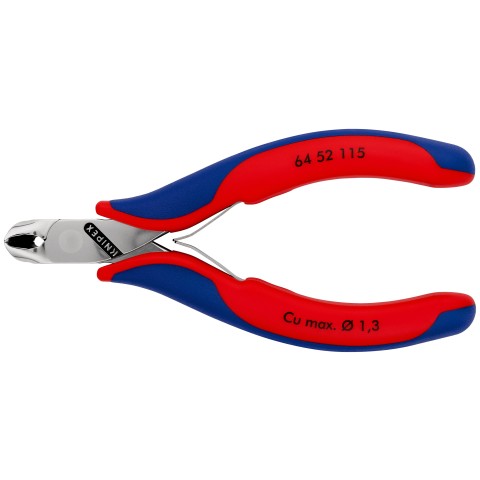 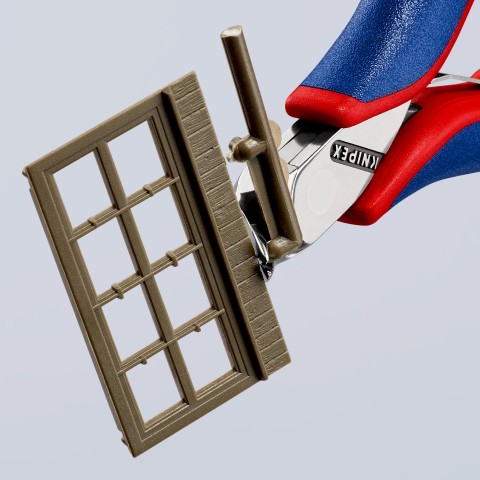 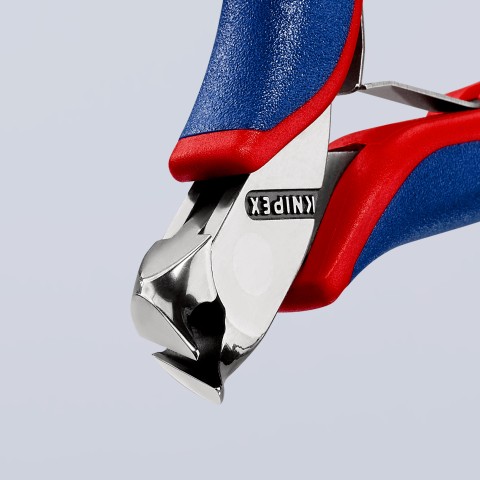 Cut at an angle of 27° to the surface

These Knipex electronics end cutting nippers have a smooth operating box joint with zero backlash. Box joints are characterised by the fact that the inner handle is guided on both sides by two extensive bearing surfaces in the outer handle. This prevents the tilting movements which occur with lap joints, and has a positive effect on the quality of cutting processes and tool life. In addition to oil hardening of the entire pliers, the cutting edges are induction hardened to at least 56 HRC. The low friction double spring is an advantage ergonomically. It produces a gentle, steady opening after cutting.

Instead of chrome-plating, the Knipex 64 52 115 end cutting nippers have a mirror polish and a fine oil film as corrosion protection. With occasional re-oiling of the surface, this rust protection is completely sufficient for workshop operation. As a result, for safety reasons these electronics pliers are also ideal for sensitive electronics environments. There are no pieces of chrome that could peel off and damage circuits. The quality machining of the pliers meets the requirements present in electronics and micromechanics: precision, function and reliability are at the top of the list.

Electronics pliers for the finest cutting work e.g. in electronics and precision engineering

Cutting capacities: soft wire Ø 1.3 mm; due to their design, only suitable for soft wire

Mirror polish and a fine oil film as rust protection