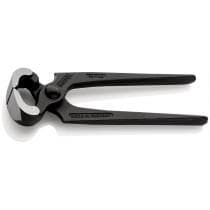 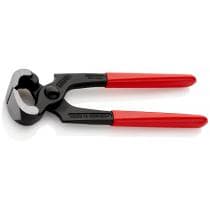 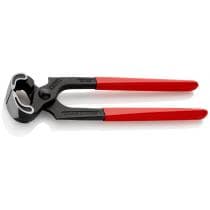 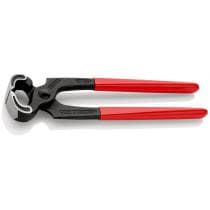 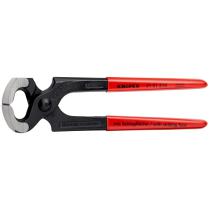 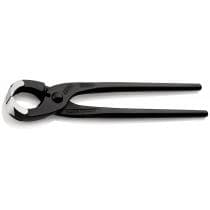 The classic for cutting and pulling nails and wires

In addition to the conventional carpenters' pincers, the KNIPEX range also includes special models that serve special purposes. We will briefly discuss these in the following.

The hammerhead style pincers from KNIPEX can do everything that regular pincers can do: they are ideal for pulling out or cutting off wires or hard nails.

The special advantage of the hammerhead pincers, as the name suggests, is the possibility of using them as a hammer. Thanks to a surface on the side of the pliers, you can also use them for this purpose. This is particularly useful if you have to insert a new nail after you have removed a wrongly inserted nail with the hammerhead pincers.

These pincers, also known as brick pincers, are suitable for working on clay and ceramics and can be used as a tiling tool.

They are used, for example, to adapt pipes and are also used frequently by roofers to adjust tiles at the edges of the roof.

Farriers' pincers are part of the inventory of every, of course, farrier. They use these specially designed pliers to pull the nail that attached the horseshoe out of the horse's hooves.

Farriers' pincers are also called pliers for vehicle bodywork because they are also suitable for body construction and dismantling work.