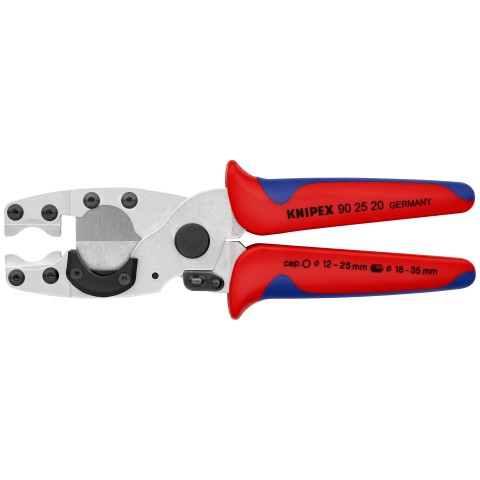 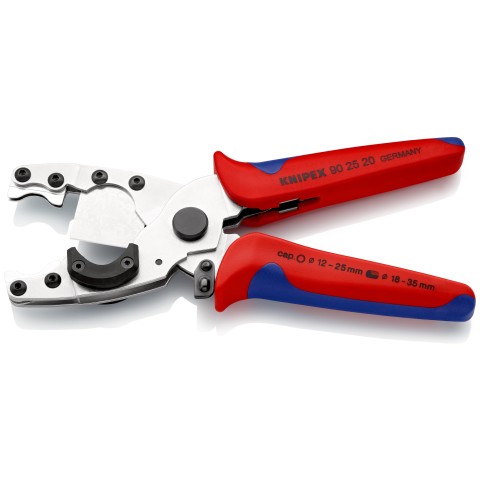 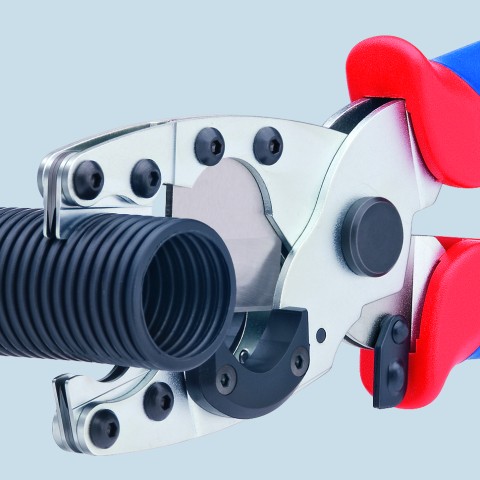 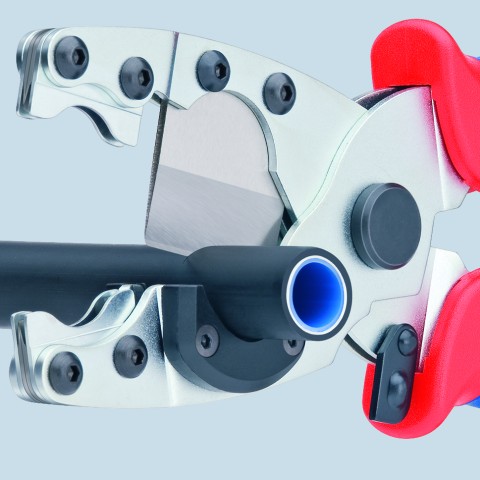 Rear cutting area near the joint for composite pipes

The composite pipes are cut in the area near the joint using a pliers action. Composite pipes are plastic pipes with aluminium insert, as used in heating engineering, for example. Technically perfect ends are vital due to the need for systems to be leak tight. When inserting the composite pipe on the Knipex 90 25 20 pipe cutter, a jaw feeds the composite pipe at right angles to the blade; a clean cut edge without burrs is created. Because of the extremely sharp blade, the pipe end is not deformed during cutting. The section of pipe can be integrated directly with pipe couplings without any finishing work, e.g. in an underfloor heating circuit.

One single, convenient cutting tool is sufficient for all applications

Gone are the times when you had to work with several or even makeshift tools when installing composite pipes. The Knipex 90 25 20 pipe cutter has been set in the Knipex factory as a cutting tool for composite pipes from Ø 12 to 25 mm and protective pipes from Ø 18 to 35 mm. There is an optional calibrating mandrel, e.g. for Geberit composite pipes with Ø 11.5 and 15.0 mm. The composite pipes, which are suitable for drinking water, can then be installed diffusion-resistant after cutting. Several applications – one convenient tool.

Quality begins with the idea. The patented pipe cutter from Knipex has been specially developed for the electrical installation, plumbing and heating engineering sectors. Professional users expect a quality that permits simple and safe work as well as a tool that lasts for many years of hard use.

We forge our tools from quality materials, machine them with high precision on modern machinery and harden them with careful multiple stage heat treatment 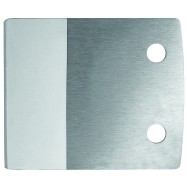 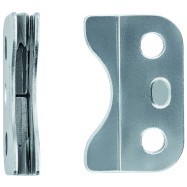 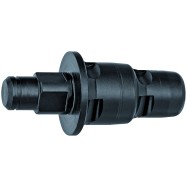 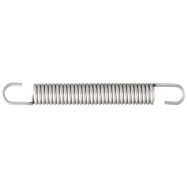 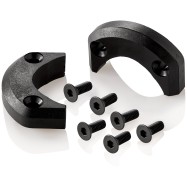