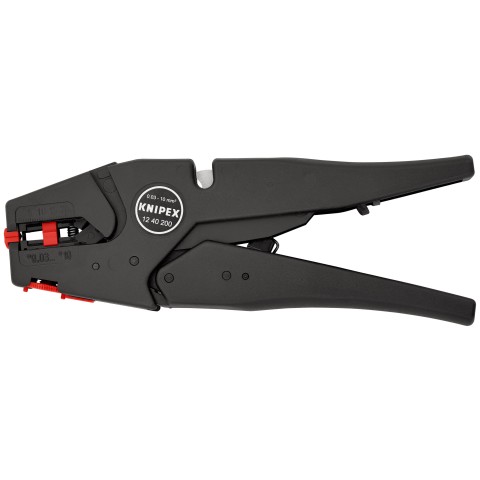 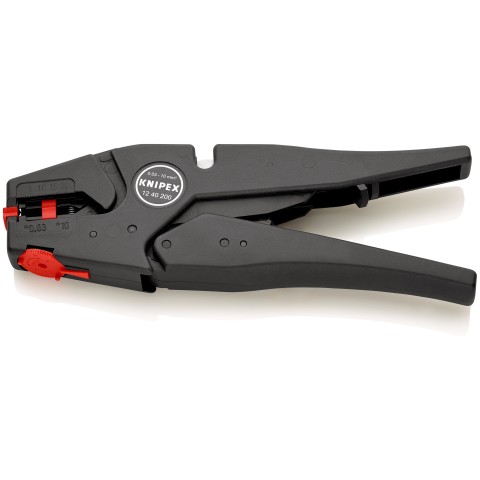 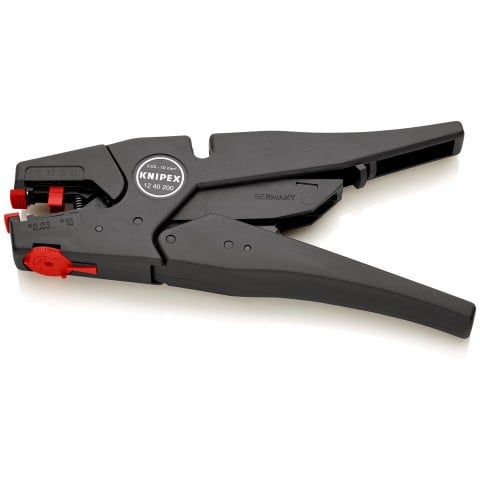 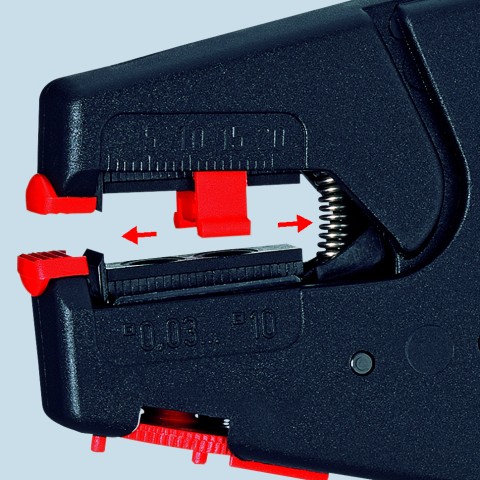 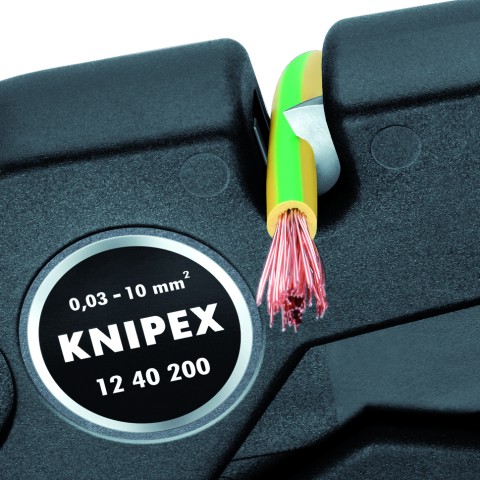 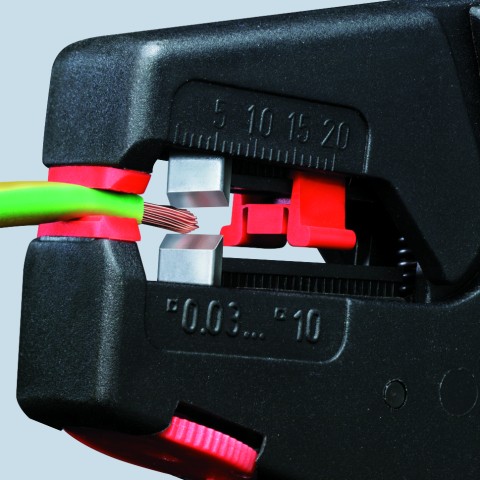 Adjust by themselves. Insulate with one touch of the pliers. Protect the conductor

With these wire strippers, wire stripping is a piece of cake: insert cable, press the pliers handle, done. The Knipex 12 40 200 has been specifically developed for solid, multicore and finely stranded conductors of between 0.03 and 10.0 mm² with a single layer of insulation. Such small conductor cross-sections – as with thin flat ribbon conductors with a width of up to 10 mm – are predominantly found in the area of electronics. The Knipex 12 40 200 is therefore bought frequently specifically for work in electronics.

Single layer plastic insulation is perfectly cut with the blades that are straight and so run parallel to the conductors. The insulation is only cut as deeply as needed for removal of the insulation layer. Very fine and multicore conductors also remain undamaged when the Knipex 12 40 200 is used correctly. What is more, work using these pliers is very economical: the operating principle selected here permits a wide capacity range, although they are not suitable for highly flexible and reinforced insulation materials, but rather only for single layer insulated cable.

Save time and effort

Compared to conventional wire strippers and stripping blades, the 12 40 200 self-adjusting wire strippers from Knipex require much less time and energy to be spent on wire stripping: less time because they adjust automatically to various cable cross-sections; less energy due to their smoothly operating mechanics and because they weigh just 202 g. The cutting depth can be adapted with just one hand movement for insulation materials with varying degrees of hardness.

For single layer insulation made of standard insulating materials

Knipex has a wide range of special products for the electronics and electrical industries. During wire stripping, wire strippers from Knipex protect the conductor in the cable and offer utmost comfort for the user. The great benefits of the tools and safe, comfortable use in everyday work are the results of decades of experience building tools, constant product development and the commitment by Knipex towards high quality standards. Pliers from Knipex are built for many years of use in a professional environment.

Only the red area is cut into.