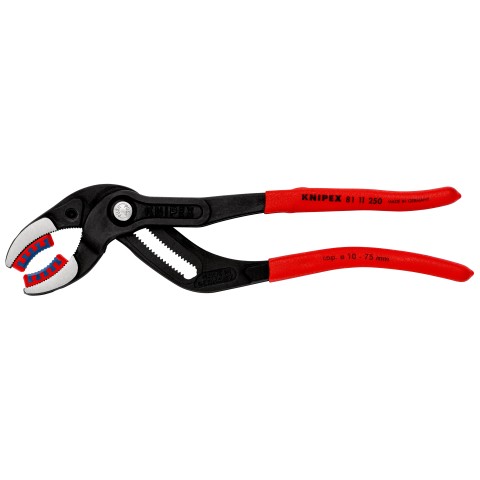 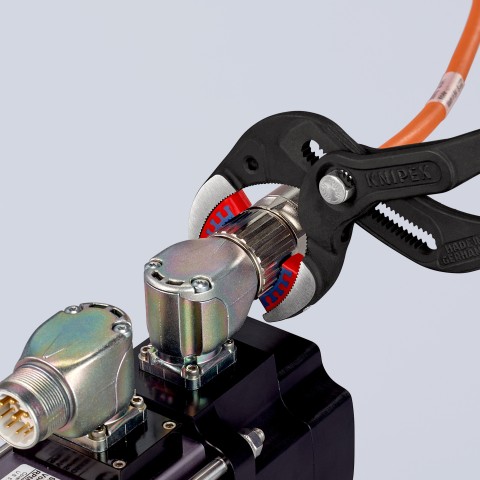 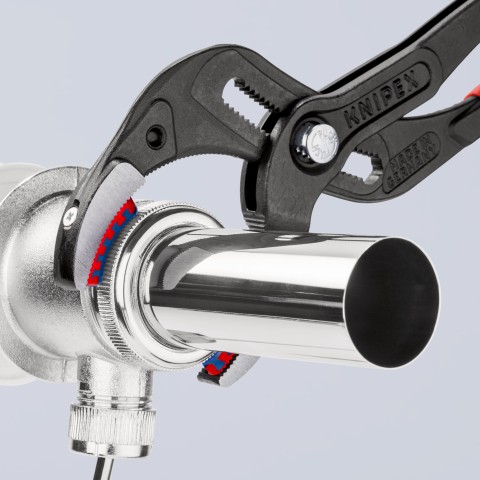 With the 25 possible settings, which can be conveniently set to the desired grip width using the fine adjustment push button, the Knipex siphon and connector pliers have a large gripping range of Ø 10 - 75 mm. Thanks to the box joint design and manufacture from oil-hardened chrome vanadium electric steel, the pliers are very tough. The high quality chrome-plating provides good corrosion resistance. 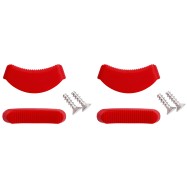 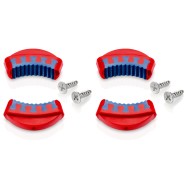