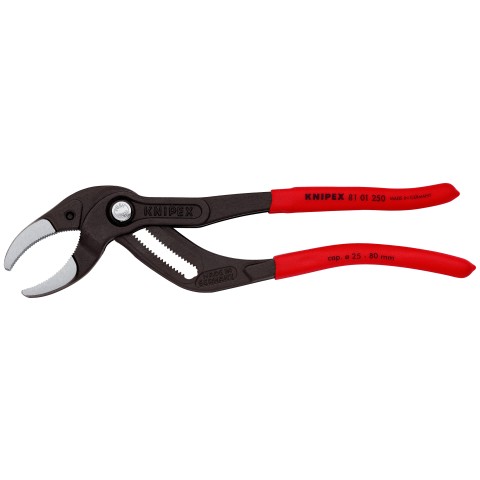 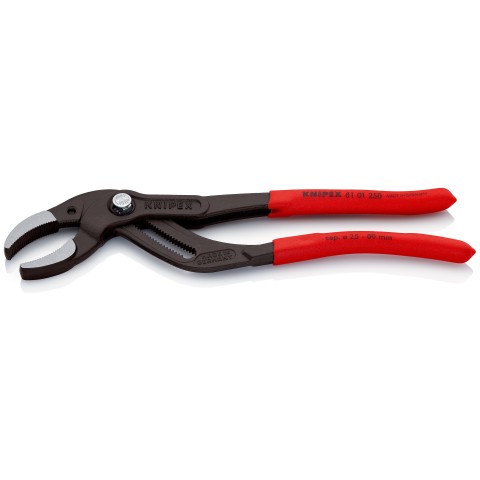 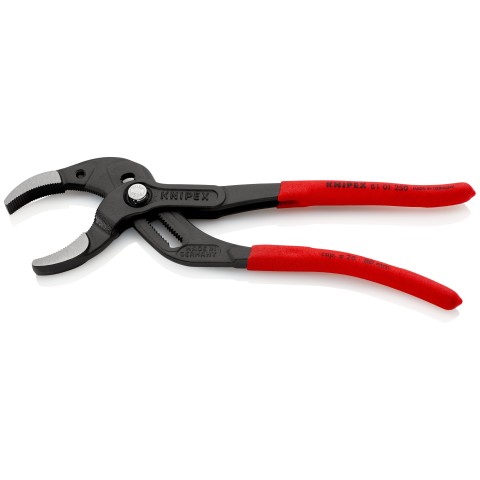 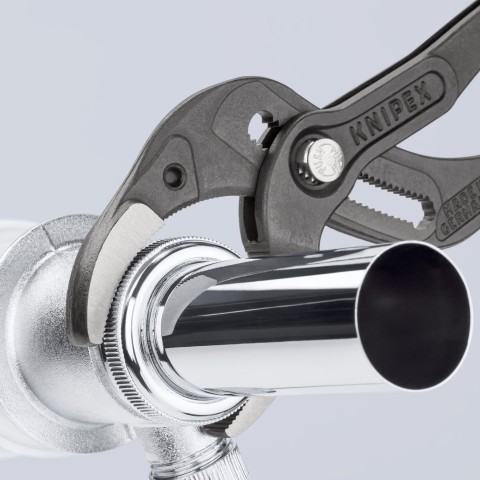 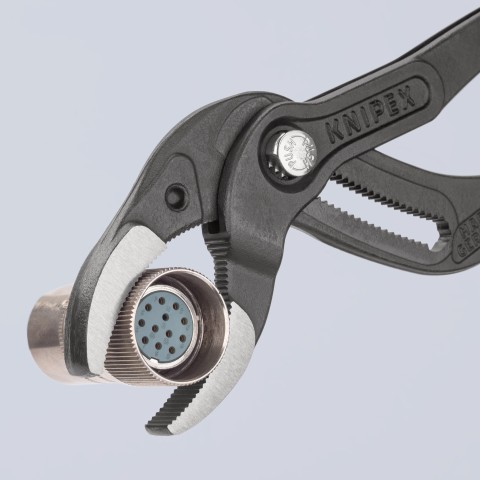 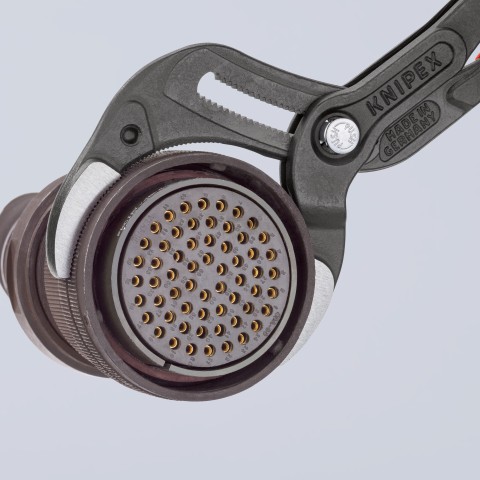 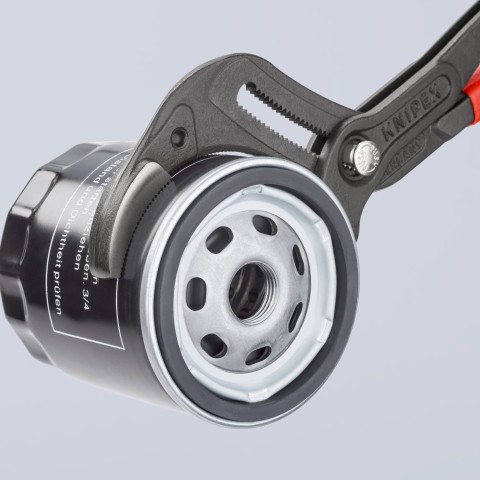 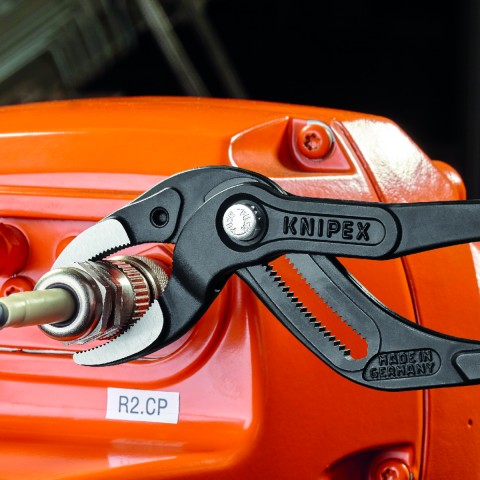 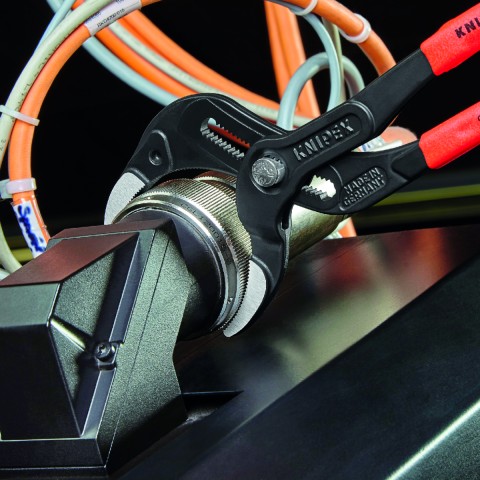 Screw connections on plastic pipes and sensitive connector plugs can be loosened and tightened. The pliers are also suitable for detaching hoses that have become stuck to supports – e.g. coolant hoses.

The gripping jaws here have a different shape to those of water pump pliers, for example. With the siphon and connector pliers, the shape of the gripping jaws has been designed for large pipe diameters. As a result of their round shape, the siphon and connector pliers are used with union nuts on connectors in addition to screw joints of pipes conveying liquids and gas. Such connectors establish an electrical connection that is weather and vibration resistant, e.g. between coaches of rail vehicles. Work on the sensitive surfaces of the screw joint is conducted gently yet powerfully using these pliers.

With the 25 possible settings, which can be conveniently set to the desired grip width using the fine adjustment push button, the Knipex siphon and connector pliers have a large gripping range of Ø 25 - 80 mm. Thanks to the box joint design and manufacture from oil-hardened chrome vanadium electric steel, the pliers are very tough.

Pliers are black, phosphate-treated; with teeth for gripping

Siphon and connector pliers from Knipex: useful, good quality in the range

In everyday work, this means: the design delivers the function, while the selection of materials and processing guarantee the tool life. The great benefits of the tools and their safe, comfortable use are the results of decades of experience making pliers, continuous development and Knipex’s commitment to high quality standards.

Pliers from Knipex are manufactured for many years of professional use.

"The grip profile is shaped to permit optimal gripping of large diameters, e.g. of nuts."

Gripping and twisting of connectors

In garages, the siphon and connector pliers help detach oil filters that have become stuck.