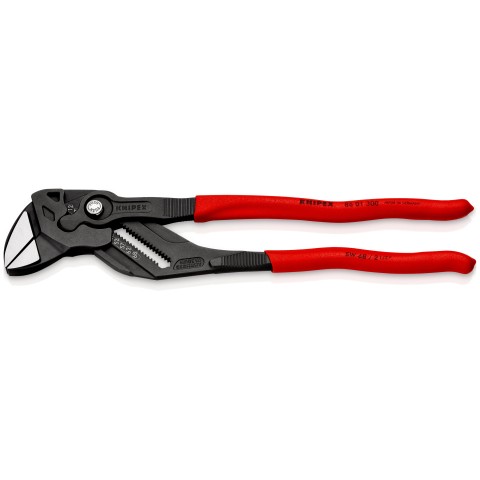 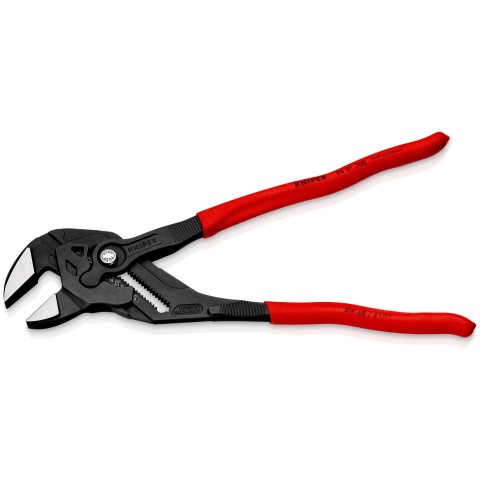 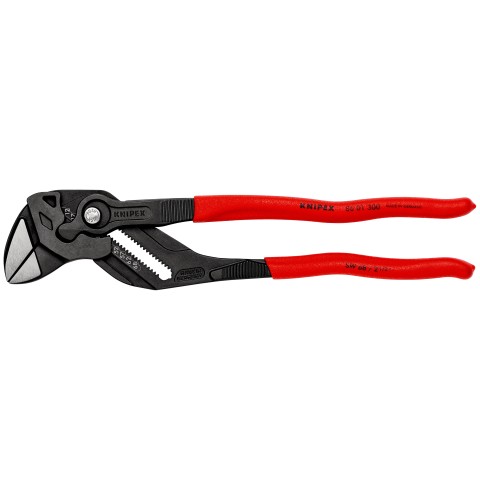 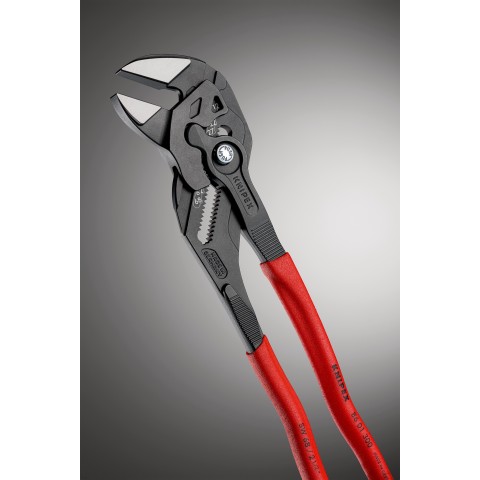 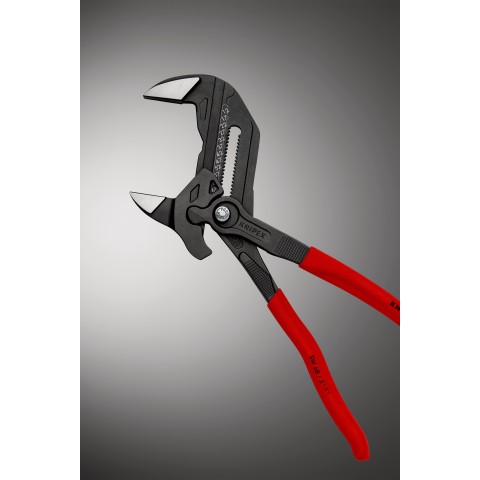 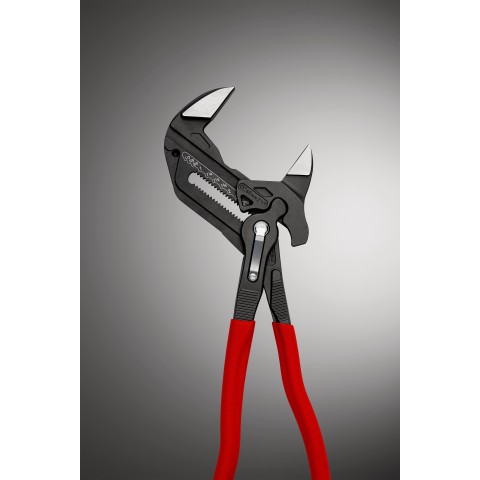 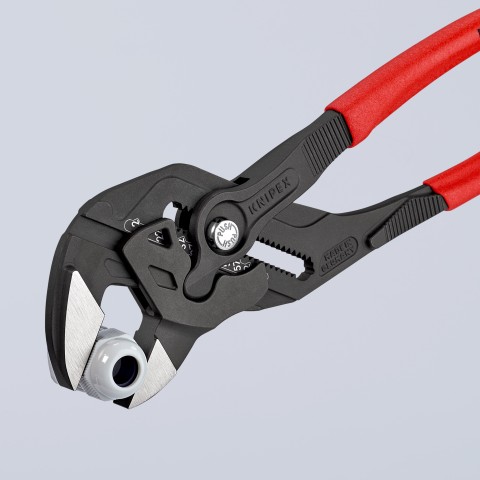 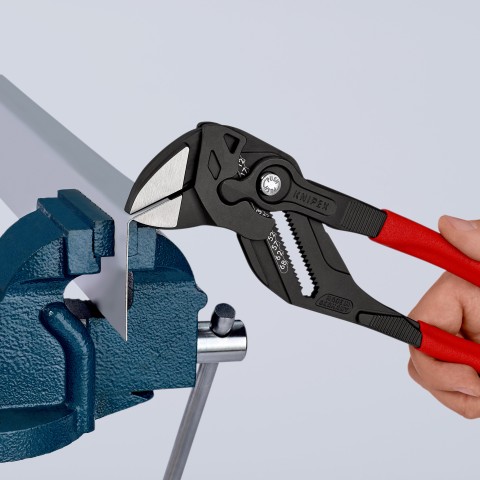 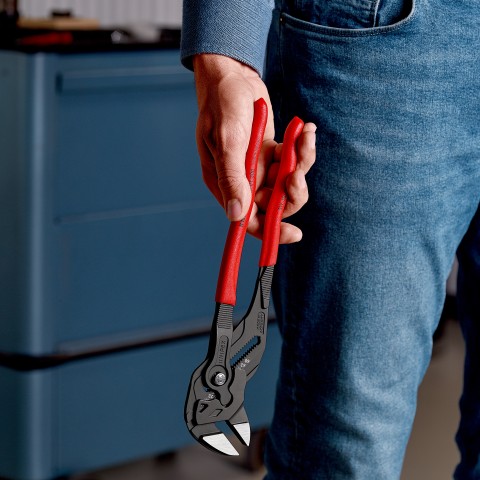 Useful as pliers and as a complete set of ratchet wrenches

The pliers wrenches from KNIPEX combine the functions of gripping pliers and wrenches in a single tool. Bolts, nuts and fittings of all widths across flats (metric and imperial) up to a maximum of 68 mm / 2 1/2" can now be tightened and loosened quickly and damage-free, other workpieces can be held, pressed or bent. A special advantage of the pliers wrench is the ratchet principle: This means that you don't have to remove it from the workpiece and reposition it again as with a wrench or adjustable wrench.