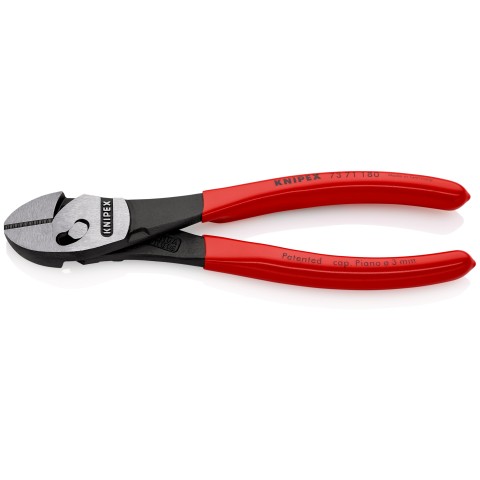 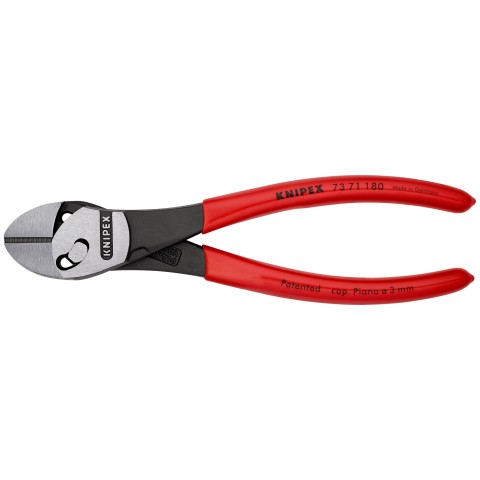 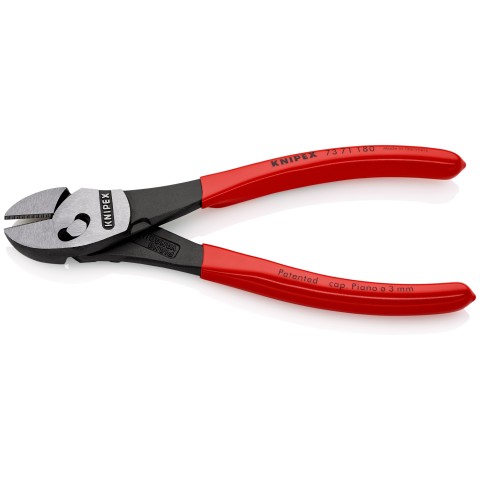 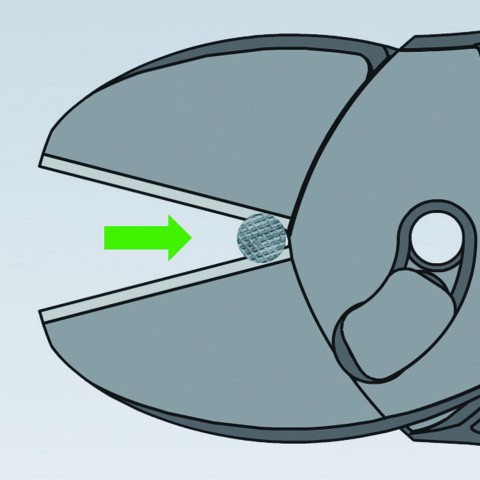 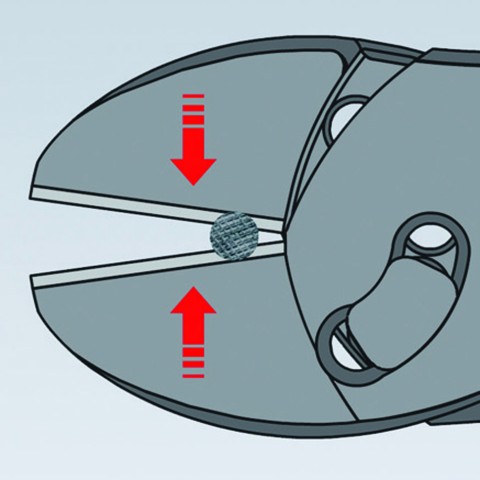 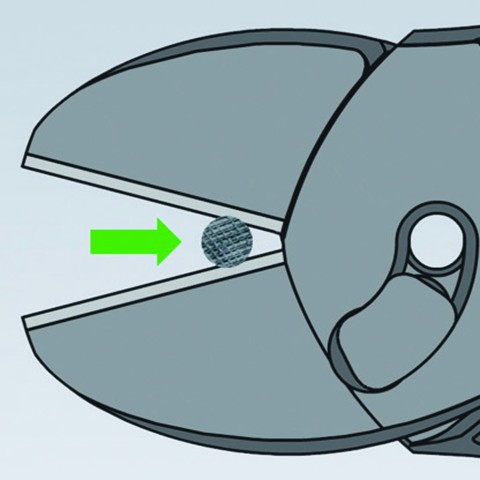 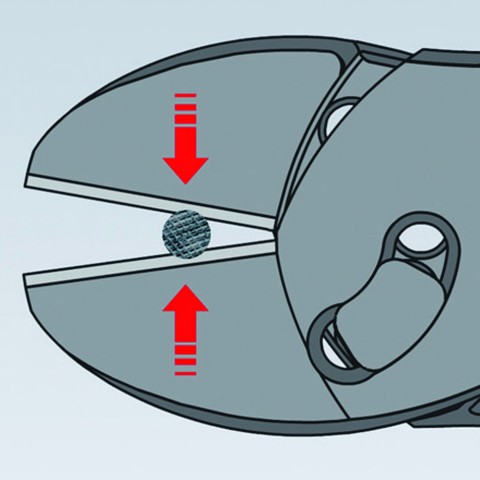 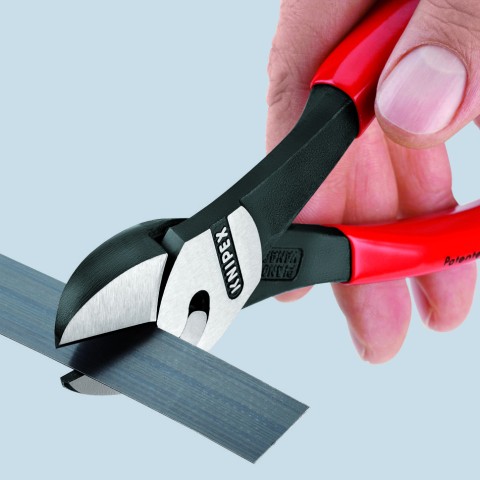 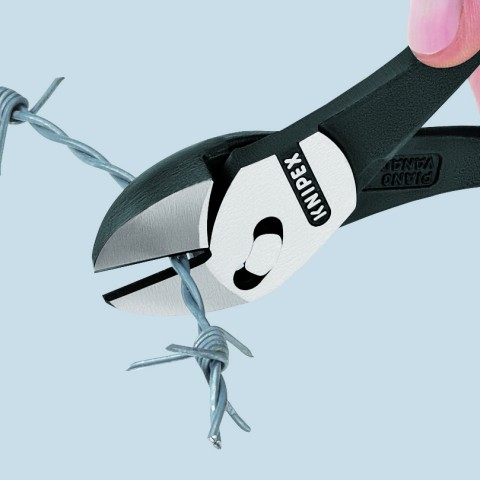 In terms of reinforcement of manual force, the Knipex 73 71 180 TwinForce high performance high leverage diagonal cutters is one of the strongest models of pliers from Knipex: manual force is reinforced up to 39 times over. Instead of a central axle as with conventional diagonal cutters, the rotating movement on the Knipex 73 71 180 TwinForce is guided by two guide bolts outside the pivot point. In the centre where the rivet (the axle) would otherwise be, the Knipex 73 71 180 TwinForce therefore has room for the material to be cut, and so lies very close to the pivot point. The very large transmission ratio in this design is gentle on hands, particularly when the high leverage diagonal cutters are used for sustained periods, e.g. during wire production.

Diagonal cutters transfer the tension from the material to the hand, which then exerts pressure on the handles. When cutting through the material, this energy literally discharges abruptly. Due to the patented double bolt design of the Knipex TwinForce, this unpleasant cutting impact is substantially reduced. The ingenious joint furthermore simplifies work significantly. Users of the Knipex TwinForce need less than half the manual force compared to high leverage diagonal cutters of the same size.

The user reapplies the Knipex 73 71 180 TwinForce when cutting particularly thick material to make full use of the reinforcement of manual force produced by the design. By notching and reapplying the tool, wire up to 4 mm thick can be cut without a problem.

Big quality in a compact format: only 180 mm long

The high cutting capacity of the Knipex TwinForce results from the high transmission ratio. Instead of a central axle, here there are two guide bolts arranged outside the pivot point. These precision machined, forged guide bolts permit very high transmission ratios. According to the laws of mechanics, the joint design on the Knipex TwinForce leads up to a 39-fold reinforcement of manual force. Work that would be impossible or almost impossible using normal diagonal cutters of a comparable size is carried out easily, e.g. cutting extremely hard piano wire up to Ø 3.0 mm. Tape material can also be cut.

Wire is always placed as close to the pivot point as possible. Therefore notch the material, slide the wire to the joint – makes it easier to carry on cutting.